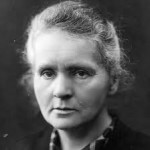 Marie Curie – Polish-born French Scientist (1867-1934)
Born Marie Sklodowska, Marie Curie is famous for investigating radioactivity and for twice winning the Nobel prize, once (for physics with Henri Becquerel and her husband, Pierre Curie, in 1903, and then .25 the sole winner of the prize for chemistry in 1911. Both physical chemists, the Curies worked together to discover two new elements, polonium and radium, and had two daughters before Pierre’s sudden death in 1906. Marie Curie continued their work, became the first woman to teach at the Sorbonne in Paris, and went on to develop the use of X-radiography. Curie eventually died of leukemia, the result of exposure to radiation. 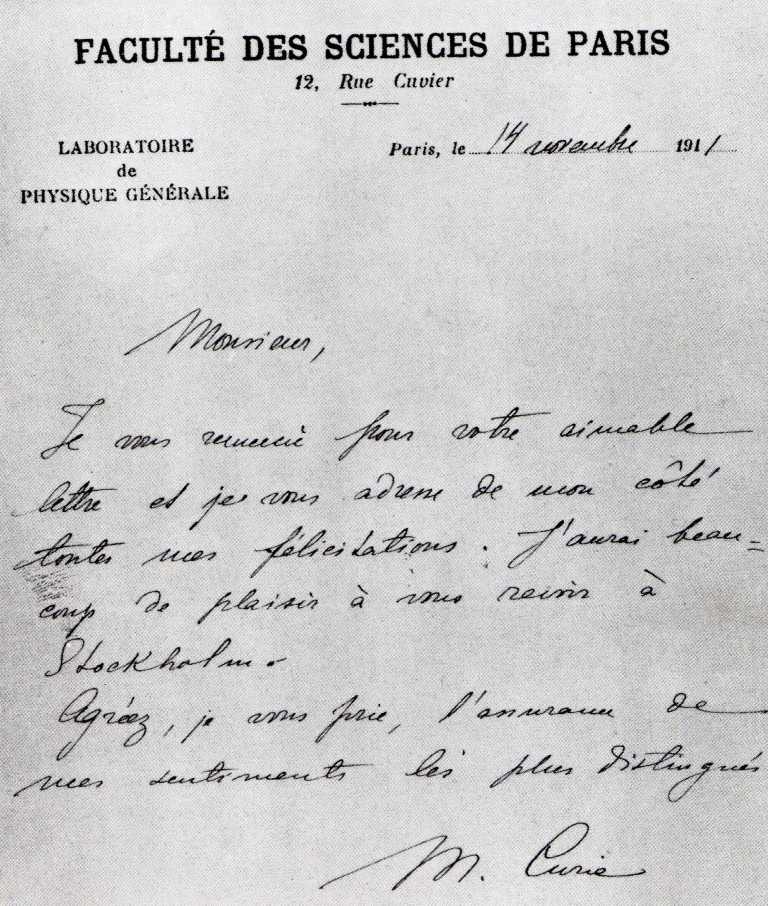 Marie Curie’s Personality overview according to the handwriting analysis report
Curie’s handwriting has a beautifully balanced flow and rhythm—there is neither too much emphasis on contraction nor too much on release. This indicates that she could express her feelings in appropriate ways and at the right time. The slight emphasis on the arcade form in this broad spatial arrangement tells us she was a private, conservative person who respected history and tradition, even while she may have challenged it.

Marie Curie’s Relationships
There is a good distribution of garland forms among the arcades, which is a sign of receptiveness. The rightward slant blends with a moderately strong degree of connectedness to reveal someone who cared about others, even though she might not have always been able to show it. That she was not very demonstrative is evidenced in the wide word spacing and long end strokes. The end strokes are sometimes used to fill up the ends of lines, signifying a degree of distrust in others.

Marie Curie’s Intellectual forces
The excellent arrangement of space, with balanced margins and line spacing, is the hallmark of one who knew how to create a reasonable framework within
which to operate. The writing has the quick tempo and smooth rhythm of one who could move rapidly from one problem to the next, using her intuition and resourcefulness, as seen in the original, simplified letter forms.

Marie Curie’s Physical drives
The overall writing rhythm is elastic, and the lower zone is well-formed in length and width, demonstrating an enthusiasm for life, an ability to roll with the punches and bounce back without undue stress. Add the long, well-pressured f-crosses, and Curie could handle a long day of work and still be ready for more. The hooks on the beginnings and endings of some words suggest one who could be quite persistent in the pursuit of her goals.

Marie Curie’s Motivating forces
The need to produce is evident in this vital, animated script. With the large capital letters, especially on her name, Curie was not averse to being acknowledged for her contributions. However, she signs only “M,” rather than her full name, so it is doubtful whether recognition was the motivating factor behind her efforts. Rather, she was proud of who she was and what that meant.