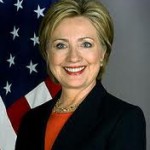 Mary Rodham Clinton became involved in politics at a young age, and headed a chapter of the Young Republicans while attending Wellesley College in the 1960s. She later switched her allegiance to the Democratic Party and went on to study law at Yale, where she became a champion for children’s rights. She was twice named one of the nation’s top 100 most influential lawyers. As First Lady, Hillary Clinton often found herself the subject of controversy and, like Eleanor Roosevelt, was loved and hated with equal fervor. In 2000 she was elected to the Senate. In 2008, she campaigned to become Democrat candidate for president. 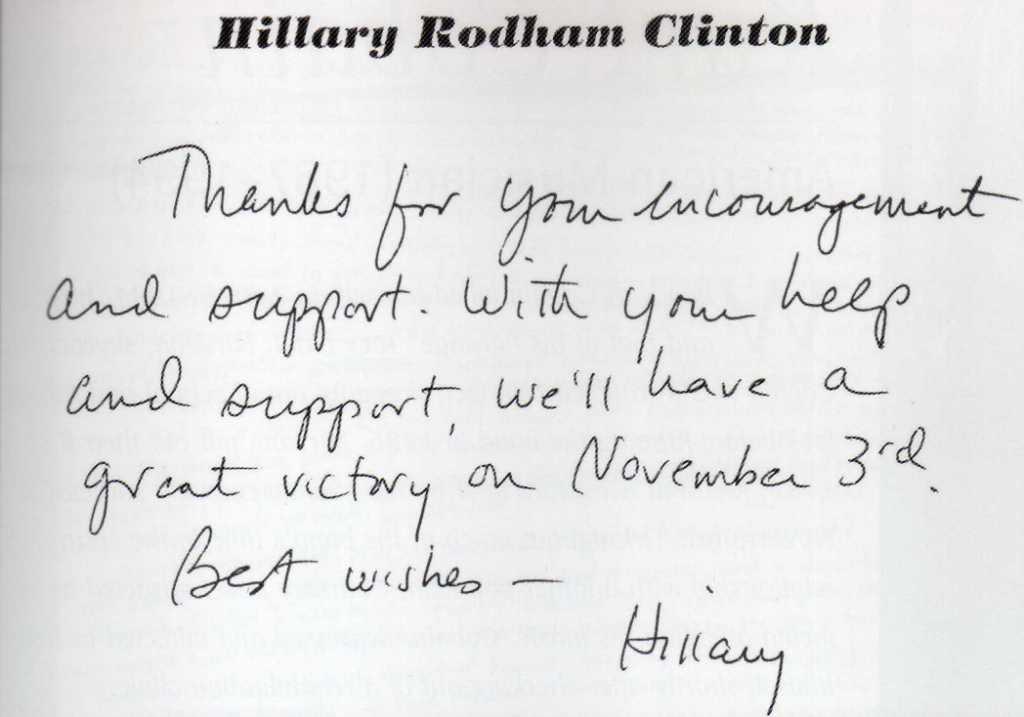 Hillary Clinton Personality overview according to the handwriting analysis report
Hillary Clinton’s handwriting is simplified and rhythmic, denoting a manner that is both forthright and candid, although not without charm. The generally linear style is softened with enough curves to allow for sensitivity in dealing with others. All nonessential strokes have been cut away, leaving only what is necessary for understanding and direct communication. This no-frills type of writing means that you can count on her to say what she means and to mean what she says. She does not have the patience for anything less.

Hillary Clinton Relationships
Highly independent, Clinton does not like feeling hemmed in. She insists on making her own choices and decisions, and must be at least an equal partner in any relationship. The connective form she uses is a mixture of garlands and threads, so she can be diplomatic when she needs to be. However, the short endings on many words, plus abrupt breaks within words, indicate that there are times when diplomacy is not in her vocabulary.

Hillary Clinton Intellectual forces
A simplified writing style is a major characteristic of someone interested in the theoretical, abstract world of ideas,
someone who is open to alternative concepts. The quick th connection reflects resourcefulness in one who is good at coming up with new ways of doing things. The lower zone is developed well enough to indicate that she also has the capacity to put those concepts to work in practical ways.

Hillary Clinton Physical drives
The writing is lively and brisk in its movement, showing stamina and endurance. The zonal balance and blunt down strokes in the lower zone reflect someone who has learned to use her energy wisely. Hillary Clinton crosses her f’s mid-stem and the crosses are longer than the copybook model prescribes. This denotes a person who is practical in the goals she sets, and that her energy is adequate for what she wants to accomplish.

Hillary Clinton Motivating forces
Hillary Clinton’s handwriting has an open, airy appearance, which is often seen in highly progressive individuals. She is driven to make improvements in her environment and in the world more generally. In fact, with her original letter forms, it would be impossible for her not to innovate and continually seek out ways in which to do things better.